During the years 1968 - 1971 I had some great times at the Moreton Youth Club, Moreton, Wirral, Cheshire (now Merseyside).  I am putting together an attempt to build some images of the life
and times of this Club. After a brief initial input of info it has dried up! 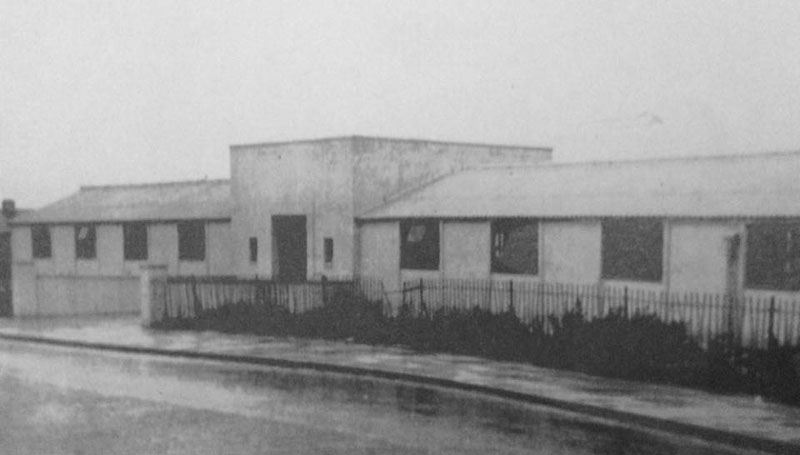 Thanks to Eddie Williams for this rare photo

Thanks to Angela Cardus (nee Murray) for the mail - your reply address does not work! And also thanks to Christine Meaden (nee Weaver) and to "Nostalgic Rob" for your welcome mails. And to Carol Sharpe at the 20th Century Images site below. Thanks also to "Reg" for the Aerial shot(s) of Moreton and for the shots of the MYC taken in Feb 2001.
Sept 05: Delighted to announce that I have finally been in touch with Peter Blackley, so I hope to have some more info in here soon.
Feb 08: Went to where Peter Blackley was supposed to live only to find nobody knew him!

Aerial images of Moreton are courtesy of the Merseyside Information Service